Travel is one of our passions—whether it involves Disney destinations or other locations around the world—and I love sharing the stories of these trips with all of you. Here are links to the trip reports I’ve written for our vacations to Walt Disney World, Disneyland, the Disney Cruise Line, and our other adventures.

Can We Move Here and Be Pancho’s Handlers? (September 2011)
Our first trip to Disneyland as adults proved to be a life-changing experience. Join us as we get to see everything Anaheim has to offer for the first time in almost two decades. The resort may not have completed its transition into the vacation mecca it is now, but we still had an amazing time.

We Moved to Disneyland!! Now What…? Stories from New DLR Locals (August 2012-December 2013)
People dream about the prospect of moving to Southern California to become Disneyland locals—and for good reason. With Disney magic on your doorstep, it can feel like the best place in the world to live. This “life report” blog chronicles the year-and-a-half that Tracy and I spent living 10 minutes away from the Happiest Place on Earth. Of course, real life is never quite as rosy as vacation, and we had to take the good with the bad, but it was an experience that we will absolutely never forget.

No Longer Californians, but Still Annual Passholders (August 2014)
It’s our first trip to Disneyland since we moved back to Colorado, and it feels almost like a homecoming. Read all about our “working vacation” that allows us to be serious during the day and have fun at night. It’s full of fun discoveries, because things are constantly changing at the Disneyland Resort.

All Dressed Up with Nowhere to Goat (October 2014)
We can never stay away from Disneyland for too long—and we couldn’t imagine missing the Halloween decorations. Join us on another work/play trip as we head back to California for Mickey’s Halloween Party and a fantastic birthday surprise that I never saw coming.

Another Year of Magic (Highlights from 2015)
We visited the Disneyland Resort three times in 2015 (spaced between several Walt Disney World trips), and we had a lot of great experiences. Rather than the typical chronological trip reports—which could take years to write from start to finish—I just want to share some of the highlights. They include several firsts, a few “lasts,” and everything you might want to know about our enjoyment of Disneyland’s 60th anniversary Diamond Celebration.

Duffy is Going to be ECSTATIC! a.k.a. Thank God She Was Jewish (May 2012)
Ever wonder what it’s like to win a trip to Walt Disney World? We never thought it could happen to us until we found ourselves enjoying a free vacation to Florida. This trip report is full of other once-in-a-lifetime magic, including staying in a Port Orleans Royal Room and getting to be Grand Marshals of a Disney parade.

What a Time to Be Alive (March 2015)
For the second half of our 10th-anniversary vacation, we returned to Walt Disney World after having been absent for almost three years! A lot had changed (such as the entire implementation of MyMagic+), but we were so excited to be back. For the first time ever, we rented DVC points and got to stay at two amazing properties: Bay Lake Tower at Disney’s Contemporary Resort and The Villas at Disney’s Wilderness Lodge.

Irma Couldn’t Keep Us Away (September 2017)
It was the start of another year as Walt Disney World annual passholders, and Hurricane Irma tried to disrupt our plans by hitting Florida the very weekend we were set to arrive. Luckily, we were able to reschedule our trip and enjoy a fun-filled (if slightly extended) stay at Animal Kingdom Lodge before spending a couple nights at the Cabins at Fort Wilderness. Check out our first time vlogging a trip and join us as we discover new attractions and lands for the first time.

A Very Pleasant Good Alaska Cruise (May 2014, Disney Wonder)
A trip like no other, our first Disney Cruise took us up to the great white north as we visited Alaska. The 9-night itinerary included Disney’s first ever stop in Sitka as well as several other beautiful ports of call. Experience the majesty with us as we fall in love with cruising and discover natural wonders that will stick with us for a lifetime.

It’s All Happening: When You Wish Upon a Bright Star, Bright Star, Bright Star, Your Dreams of Jimmy Come True (February 2015, Disney Dream)
We just can’t get enough of cruising, so we decided to make a voyage aboard the Disney Dream part of our 10th-anniversary vacation. In this cruise report, we get to experience another ship from the incredible Disney fleet and have an amazing time traveling to Nassau and Castaway Cay.

Where Did I Leave My Heart? (January 2014, San Francisco)
When an opportunity to head to Northern California came up, Tracy and I jumped at it. This trip mixes business and pleasure as we discover San Francisco and all of its many tourist attractions. Of course, for two Disney-lovers, the trip also wouldn’t be complete without a visit to the Walt Disney Family Museum.

A Tale of Two Cities (October 2016, London and Paris)
Tracy and I had been dreaming about taking a Eurotrip together for more than a decade, and our opportunity to visit London and Paris finally arrived this fall. Travel along with us as we explore several of the iconic tourist destinations in these incredible capital cities. Our London portion wouldn’t be complete without several Harry Potter references, while Paris includes a stop at Disneyland Paris in addition to highlights from the City of Lights. 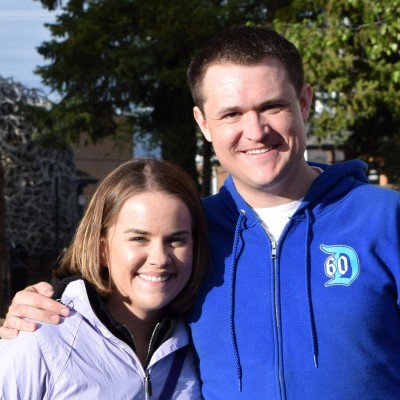